Home » Events » The Taming of ‘Sisters of the Gion’: A Case Study of the Home Ministry’s Film Censorship

The Taming of ‘Sisters of the Gion’: A Case Study of the Home Ministry’s Film Censorship 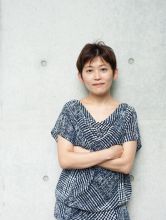 The Police Affairs Bureau of the Home Ministry (Naimusho Keihokyoku) carried out centralized, national film censorship from 1925 to 1940. Every single print of all sorts of films – domestic or foreign, dramatic or documentary, feature-length or short – had to undergo this process and receive the censor’s seal of approval in order to be screened for a public in the Japanese Empire. Despite its vital role, the Home Ministry’s censorship, especially its effects on individual films’ textual details, has not attracted sufficient scholarly attention. This presentation fills this gap by focusing on Mizoguchi Kenji’s Sisters of the Gion (Gion no kyodai, 1936), one of the most critically acclaimed films of the 1930s Japanese cinema. Based on my discovery of the film’s original censored script (ken’etsu daihon) at Shochiku’s Otani Library in Tokyo, this presentation closely examines the surviving film text in light of the film’s censorship records, different versions of its script, and the contemporary discourse on the film published in magazines and newspapers. Furthermore, my analysis reconstructs the censors’ logic, goal, and professional consciousness based on their published memoirs and interviews, the internal censorship code, and surviving Home Ministry papers. As a result, this presentation demonstrates that the censor, having fully understood Mizoguchi’s challenge to Japanese patriarchy and the family-state ideology, responded by completely altering the meaning of the film text through minimum and subtle deletions.

Chika Kinoshita is an Associate Professor of Film Studies at Tokyo Metropolitan University. Her essays have appeared in Cinema Journal, Camera Obscura, and Screening the Past as well as a number of edited volumes in English and Japanese. Her book on Mizoguchi Kenji in Japanese is forthcoming from Hosei University Press.