Home » Events » The Tragedy of Liberation: A History of the Communist Revolution, 1945-1957

The Tragedy of Liberation: A History of the Communist Revolution, 1945-1957 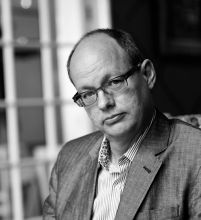 After a bloody civil war that followed the end of World War II, Mao Zedong hoisted the red flag over Beijing’s Forbidden City in 1949. Instead of liberating the country, the communists transformed China into one of the worst tyrannies of the twentieth century, sending at least five million civilians to an early grave and bringing misery to countless more. Frank Dikötter talks about his new book, which draws on newly opened party archives, interviews and memoirs to interweave the stories of ordinary men and women with the brutal politics of Mao’s court. People of all walks of life were asked to write confessions, denounce their friends and answer queries about their political reliability, whether or not they supported the revolution. The Tragedy of Liberation casts new light on the foundations of one of the most powerful regimes of our times.

After many years at SOAS (University of London) as Professor of History, Frank Dikötter moved to the University of Hong Kong as Chair Professor of Humanities in 2007. He is the author of nine books, from The Discourse of Race in Modern China (Stanford, 1992) to the more recent Mao’s Great Famine (Bloomsbury, 2010), which won the prestigious Samuel Johnson Prize for Non-Fiction in 2011 and was selected as one of the Books of the Year by the Economist, the Independent, the Sunday Times, the London Evening Standard, the Telegraph, the New Statesman, the Globe and Mail and the Taipei Times.