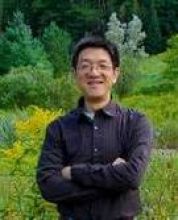 When and how did China’s Great Proletarian Cultural Revolution really begin? How do historians delineate the temporal boundaries of major historical events, and trace their origins, precedents, and preludes? And, how are periodization schemes and historiographical categories constructed and defined? In this talk, Professor Wu will reexamine the opening phase of Mao’s last revolutionary endeavor and the critical historical events leading up to it, with the aims of exploring an understanding of how the great turmoil began in ways less dependent on teleological and Mao-centered premises and more sensitive to historical contingencies and path-dependent dynamics.

Yiching Wu teaches East Asian studies, modern Chinese history, and anthropology at the University of Toronto. With a training in cultural anthropology at the University of Chicago, his research focuses on the history, society, and politics of Mao’s China, in particular during the Cultural Revolution. His book, The Cultural Revolution at the Margins: Chinese Socialism in Crisis (Harvard University Press, 2014), was awarded the President’s Book Award by the Social Science History Association. His main scholarly interests include anthropology and history, critical social theory, populism and social protest, socialism and postsocialism, and politics of historical knowledge. He is currently working on a book-length project that reexamines the origins and coming of the Cultural Revolution.