“BECAUSE YOU GREW UP HERE!” 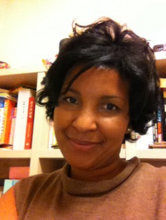 Having grown up in Pyongyang, a hermetic society that contrasts with the West culturally and ideologically, I had no idea how influenced I was by their narrative of the West, especially the U.S. My uprising was the same as my North Korean classmates and friends. In Korean history, I learned about the massacre of Shinchon, which took place during the Korean War. And the depiction of North Americans in movies was as negative as possible. However, with a sentence from Ali, a Syrian student at Kim Cheak University of Technology in Pyongyang “Because you grew up in here (Pyongyang)!” my invisible shell began cracking.

Eleven years after leaving Pyongyang, I decided to go to New York and live there for a while. I came across similar experiences ironically. Every time I would say that I grew up in North Korea, the reaction of most New Yorkers was immediate; “Evil country! I am glad you left the country and came here to embrace freedom!” and so on.

The antagonistic relation between North Korea and the U.S. resulted in single narratives in both nations.

Incomplete narratives keep us from seeing the whole picture and learning the truth from the other’s perspectives. And that leads us to US and OTHER dichotomy, where US represents ourselves as good and benevolent and OTHER as evil and malign. Thus, providing a justification for our actions and behaviors.

Join me in this webinar to discover more and let’s have a dialogue to learn from each other.

Meet Monica Macias, who draws from her life stories, academic and empirical experience of living in societies such as North and South Korea, the USA, China, Equatorial Guinea (EG), Spain and the UK when writing and advising.

Her biography “I’m Monique from Pyongyang” was published in Korean in Seoul, South Korea and received an excellent critique of local literature. The book describes Monica Macias’ life journey from her childhood, adolescence and part of adulthood in Pyongyang, North Korea to the UK where she receives her Master in International Relations and Diplomacy from SOAS. Through the book she analyses human interaction, the media impact and politics in such contrasting societies.

Born in EG, she was sent to Pyongyang at age of 6 to study, where she graduated as a textile engineer. She participated as a key speaker in conferences related to North Korea at institutions such as LSE, SOAS, Seoul University and University of West Bohemia in Pilsen, Czech Republic, with the upcoming conference in Yale University.

Register in advance for this webinar:
https://yale.zoom.us/webinar/register/WN_Cd17zERPSyCC-6GLpAzpbw