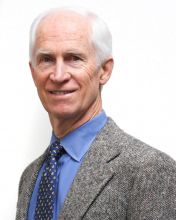 The Council is pleased to present the Seventeenth Annual John W. Hall Lecture in Japanese Studies.

From the early 1950s until the early 1990s Japan’s political economy was distinguished by its reinforcing combination of conservative political dominance and superior economic growth. The two operated in tandem: economic growth boosted the political appeal of the ruling Liberal Democratic Party (LDP) while long term conservative dominance facilitated hyper- growth. A close economic and security relationship between Japan and the United States furthered this winning package of ‘developmentalism.’ Yet, conducive external conditions shifted once the capitalist-communist bipolarity ended and global finance shattered Japan’s greenhouse economic practices. Simultaneously, forty years of developmental success unleashed a torrent of domestic demographic, economic and political forces no longer content with past practices. Nevertheless, well-entrenched powers and procedures proved highly resistant to numerous adaptations that might have spurred renewed economic growth and political creativity. Professor Pempel’s lecture will explore the interconnections between the successes of the past, the failures of the present, and the challenges that Japan continues to confront.

T. J. Pempel is the Jack M. Forcey Professor of Political Science at the University of California, Berkeley. He has been on the Berkeley faculty since 2001. He has also held positions at Cornell University, the University of Colorado, the University of Wisconsin and the University of Washington. From 2001 until 2006 he was the director of Berkeley’s Institute of East Asian Studies. He is a presidential appointee to the Japan U.S. Friendship Commission. His research focuses on comparative politics, Japanese political economy, and Asian regional issues. He has published over 120 articles and 24 books. Recent books include Security Cooperation in Northeast Asia (Routledge, 2012); The Economic-Security Nexus in Northeast Asia (Routledge, 2013), and Japan in Crisis (ASAN, 2013) and, in 2015, a co-edited volume with Keiichi Tsunekawa entitled Two Crises; Different Reactions: East Asia and Global Finance (Cornell UP) that examines why Asia was so badly devastated by the crisis of 1997-98 but in 2008-2009 did so well compared to Europe and the U.S.