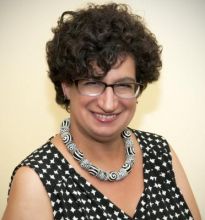 Starting in the eleventh century, the Yellow River shifted from a long-term condition of relative stability to a later state of frequent floods and course changes.  Historical sources record the dates and characteristics of flood events, while soil cores reveal the increasing quantity of annual sediment deposition and its origin on the loess plateau.  All evidence confirms that the primary cause of the change was intensification of human activity in the grasslands of the Ordos basin, the loess soil region contained within the great bend of the Yellow River.  Settlement there was sparse until the eleventh century, when mounting contention between Chinese and Tanguts led both sides to fortify the region.  By 1044, there were over 300 stockades on the grasslands.  The fields, pastures and lumber operations of these remote and largely self-supporting outposts destroyed fragile ground cover and exposed erosion-prone sand and soil that made its way into the Yellow River through a process of wind and water deposition.  This paper is part of a larger project that frames the Yellow River as both an earth system and a world system.  As the former, the river was a single entity in which events upstream had predictable impacts downstream.  From a political perspective, however, the river passed from an arid periphery to a wet one, and it was never politically feasible to act upon environmental knowledge or to manage the entire river in a holistic way.

Ruth Mostern is an associate professor in the School of Social Sciences, Humanities and Arts at the University of California, Merced. Since joining the UC Merced faculty in 2004, a year before the opening of the campus, she has launched academic programs, research centers, and even a faculty senate committee. She has directed three programs at UC Merced: the Interdisciplinary Humanities Graduate Group, the Center for the Humanities, and the Spatial Analysis and Research Center.

She has served on the boards of research consortia, journals and funding agencies both at the University of California and elsewhere.  Her affiliations include the Collaborative for Historical Information and Analysis, the International Journal of Humanities and Arts Computing, and the UC Humanities Network.

Mostern is a specialist in spatial and environmental history focusing on imperial China and the world. An interdisciplinary scholar with research interests bridging the humanities, social sciences, information science and environmental science, she has authored one book and edited another and has completed two major digital publications and eighteen articles. She has raised approximately $1.8 million in extramural funding and currently holds grants from both the National Endowment for the Humanities and the National Science Foundation.