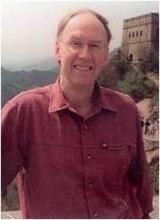 The conference, New Directions in Chinese History, gives Peter Perdue’s students and colleagues a chance to gather in New Haven to hear papers on different topics all related to Peter’s work in environmental, economic, and other topics, many of them using social sciences approaches to history. On Friday, Peter’s student Taisu Zhang will offer an appreciation of his work, and we will view a video of greetings from his students and colleagues. Saturday will be devoted to 15-minute papers divided into panels, which Peter will comment on at the end of the day.

Click here to register for the Friday Zoom Session

Click here to register for the Saturday Zoom Session