Home » Events » The Promised Republic: Developmental Society and the Making of Modern Seoul, 1961-1979

The Promised Republic: Developmental Society and the Making of Modern Seoul, 1961-1979 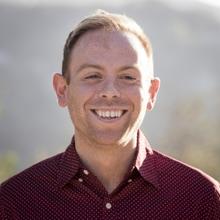 This talk focuses on the rural-to-urban transformation of South Korean society in the 1960s and 1970s, looking at the growth of informal communities and shantytowns in and around the capital Seoul. A focus on these peripheralized and subaltern communities highlights new aspects of state-led developmentalism absent from our current literature, demonstrating how the promises of the Park Chung Hee government (1961-1979) opened up new and often unexpected spaces for social and political action even as officials attempted to impose a regime of discipline over urban space. I argue that the pattern of suasion, rupture, and violence that emerged in interactions between the government and these local communities is at the heart of the story of “development” in South Korea, revealing social and political dynamics with ramifications for the radical 1980s that followed as well as urban society today.

Russell Burge is a historian of modern Korea. His dissertation, “The Promised Republic: Developmental Society and the Making of Modern Seoul,” examined urbanization and social change in 1960s and 1970s South Korea. While at Yale he will develop this project into a book manuscript, part of a larger intellectual project of de-centering the bureaucrats and industrialists who have anchored our histories of East Asian development and focusing on questions of urban subalternity, access to the city, and the contentious politics of development.

Burge’s other intellectual interests include the history of decolonization in East Asia, the Korean War, and the global proliferation of rock music.

In Fall 2019, he is teaching the course “The Two Koreas: North and South Korea in Historical Perspective.”