Home » Events » Provincializing “All-under-Heaven”: Toward a Region-based Deep-history Approach in the Study of Early China

Provincializing “All-under-Heaven”: Toward a Region-based Deep-history Approach in the Study of Early China 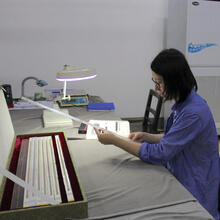 “All-under-Heaven” (tianxia) is frequently invoked in received pre-imperial discourses—often tacitly understood as the amorphous Zhou world that centered on the “Central Plains”—as the imagined location of political and cultural unification. Despite being incongruent with the polycentric landscape of the first millennium BCE in China, the unifying and universalizing imagery that it conjured was historicized in early imperial histories such as Shiji and Hanshu and canonized along with the Confucian classics. This universalizing tendency and homogenizing orientation fostered, among other things, intellectual disinterest, if not disregard, toward the regional and the local, especially for what to be perceived as the borderlands or the periphery. Its effects have not only long lasting on the writing of traditional political philosophy and dynastic history, but also have continued to inform modern historical and archaeological studies of early China. This has been especially manifest in the scholarship on the southern periphery of the traditional Zhou world (1045-221 BCE). In spite of the scanty treatment of the south in the received tradition whose “northern bias” is notable, the buried past of the south has been unearthed at an unparalleled pace through archaeology in the past half century. However, the exceedingly rich new sources—material and textual—continue to be interpreted through the universalizing lenses of the traditional historiography. Often assumed than argued, regional conditions and local traditions, diverse material practices, and distinct socio-political institutions and ideologies are treated as mere variants originated in, derived from, or inspired by those of the “Central Plains,” at the expense of the historical and political agency of the south. Newly unearthed sources therefore became at best “verifying evidence” to the historicity of an overarching and unifying “All-under-Heaven,” and archaeology continues to be the handmaiden of transmitted history. This warrants a methodological corrective. In this study, I propose a region-based deep-history approach to the Jiang Han Region (i.e., Chu in the traditional historiography) and hope to demonstrate the utility of this approach to write a new kind of region-based history integrating archaeological and historical sources and counter the circular reasoning of their “mutual verification” that is prevalent in teleological history.

GUO Jue (Assistant Professor, Barnard College) is a social and cultural historian of Early China.  Her scholarly work lies at the intersection of history and archaeology. She uses both historical sources and archaeological materials including settlement data and material culture, entombed objects, and excavated manuscripts to understand past complex societies (terminus ante quem ca. 3rd century CE), with a geographical focus on central-southern China. Her broad research interests include regional history, cultural identity formation, complex society and state formation, environment and historical ecology, social and cultural memory, history writing, as well as religious and ritual practices. She is currently finishing her first book, entitled, Becoming the South: A Deep History of Region and Identity Formation in Early China.