Home » Events » Translating the Other: Lessons from the World of Medieval Japan

Translating the Other: Lessons from the World of Medieval Japan 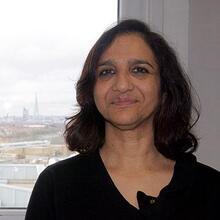 This paper engages with debates within feminism to rethink woman, gender, body, and agency as conceptual categories for reading medieval Japanese literary/Buddhist texts. It questions the unreflexive transposition of contemporary categories of thought that have emerged out of a specifically European history on to worlds that were shaped by very different histories and religious/cultural traditions. The paper argues that in medieval Japanese texts gender did not function as a ‘social’ category posited against the ‘natural’ fact of sex and that gender was instead a kind of script in which the specificity of the gendered performance gave substance to the categories ‘male’ and ‘female.’ It challenges the validity of reading the actions of medieval Japanese women through the prism of either subordination or rebellion, suggesting that such readings are underpinned by modern, liberal, secular conceptions of agency, which fail to acknowledge the importance of non-human interventions in the cosmological/social imaginary of medieval Japan. The final section of the paper considers what it means to read erotic encounters in courtly romances such as the Tale of Genji as coercive sex or rape, highlighting the problem of viewing texts from distant times and places through an intellectual and moral prism that belongs to our contemporary world.

Rajyashree has published widely in the areas of medieval Japanese literature, Buddhism and gender. She is particularly interested in examining the applicability of categories such as woman, body and gender, all of which emerged in the West, for understanding non-Western pasts and presents.

She also does research in postcolonial studies and popular culture, particularly on manga and anime, to consider how political concerns and ideologies are reflected in these contemporary artistic forms. Rajyashree has given several keynote addresses in these areas of her research in Estonia, Finland, Japan, UK and Germany, and some of her major publications have been translated into Japanese.