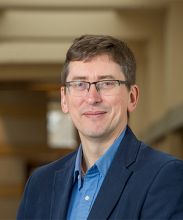 According to a widely cited statistic, there are around 5,000 new novels published each day on the Chinese Internet. For all practical purposes, these publications are in fact books, even though they are not printed, and they challenge the PRC publishing regulation regime which holds that a book is only legal if it carries a “book number” (shuhao). Chinese regulators have tried various ways of bringing this avalanche of online publishing under control in recent years. Two concerns are paramount: firstly, that the online publishing boom might destabilize the state-controlled publishing system, and second, that online publications often reaches below state-formulated standards of morality.

In previous research revolving around the fiction website “Feilu” 飞卢 (Flying Gourd), I noticed that censorship of purported obscene contents mainly focused on sticking to a “bottom line” preventing certain kinds of explicit description and vocabulary. Most of that research was carried out in 2011, and since it has been widely reported that controls on the Chinese Internet have tightened since then, it makes sense to revisit “Flying Gourd,” as well as the laws and regulations affecting it, and see what has changed and whether or not the bottom line is any different now than what it was before the Xi Jinping era. This lecture will present an overview of the development of the website since its founding and a description of its current structure, before looking specifically at changes in the past few years.

Michel Hockx is Professor of Chinese literature and director of the Liu Institute for Asia and Asian Studies at the University of Notre Dame. He has published widely on modern Chinese literary communities, their practices and their values, their printed and digital publications, and their relationship to the state. His monograph Internet Literature in China (Columbia UP, 2015) was listed by Choice magazine as one of the “Top 25 Outstanding Academic Titles of 2015.”