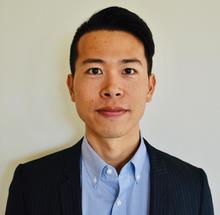 The past few decades have seen the proliferation of “natures” in Taipei. Reflecting rising environmental consciousness in this island nation, words like lü (green), shengtai (ecology), and ziran (nature), are now firmly part of the city’s official discourse and policies. As green urbanism sees increasing support among Taipei’s officials and planners, various environmental amenities (riverside parks, bicycle paths, and hike trails) have been built to foster urban citizens’ intimacy with Taipei’s rivers, forests, and mountains.

Especially focusing on the transformation of the city’s riparian landscapes since the 1990s, this talk will explore the dark side of green urbanism. The greening of Taipei’s rivers and riverbanks has not been a positive development for those who have been using them for foraging, fishing, and shelter, many of whom are indigenous Pangcah/Amis people. Based on ethnographic research in indigenous communities built on state-owned riverbanks, I will elucidate how two different understandings of urban nature – “urban nature as a site of middle-class leisure” and “urban nature as a site of dwelling” – came into conflict in this tumultuous period of democratization in Taiwan. The tension between the two views on how urban ecology should be used and transformed replicates settler colonial dynamics that haunt the city of Taipei and Taiwan as a whole.

Tomo (Tomonori) Sugimoto is a sociocultural anthropologist who recently completed his PhD in anthropology at Stanford University.

While serving as a postdoctoral associate in the Environmental Humanities of East Asia at Yale University, Tomo will work on his first book manuscript provisionally entitled, The Indigenous Right to the Settler Colonial City? Land, Nature, and Housing in Taipei. Invigorated by the recent rise of indigenous rights discourse in Taiwan, urbanized indigenous Austronesian people (yuanzhumin) have increasingly asserted rights to Taipei’s public lands as sites of foraging, fishing, hunting, and dwelling over the last several decades. The Han settler-dominated state has curtailed such distinct native claims to the city, violently displacing indigenous people from their communities and relocating them into public housing.

Based on long-term ethnographic research in indigenous communities built on Taipei’s riverbanks and hillsides as well as their relocation sites, Sugimoto’s book will explore how, in the age of multiculturalism and green urbanism, certain native claims to Taipei’s land, environments, and infrastructure are celebrated, while others are criminalized and regulated. Articles based on this research have been published in journals such as Settler Colonial Studies, Gastronomica: Journal of Critical Food Studies, and City & Society.