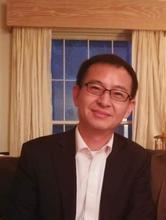 (Lecture is in Chinese only)

Qian Zhongshu’s wide-ranging works that exhibit his broad and deep understanding of diverse traditions are recognized for elucidating his experience using historical and cultural phenomena as the backdrop. Traversing freely across cultures, his writing merges understandings from a myriad of disciplines to showcase the striking connections and universal values between disparate literary, historical, and intellectual traditions, ancient and modern, Chinese and Western. Professor Ji Jin’s lecture will delve into this distinct space for discourse opened up by Qian’s works that provide us with a window to explore and understand interdisciplinary research.

Born in 1965, Professor Jin Ji specializes in modern and contemporary Chinese literature and Sinological research, penning and editing influential works on the translation of Chinese classics, literary criticism, and modern literature. He received his M.A. from Yangzhou University in 1989 and his Ph.D. from Suzhou University in 1999. Besides serving as Professor at his alma mater Suzhou University, he is also currently Deputy Dean of the Tang Wenzhi College and Director of the Center for International Sinology, a center which he helped establish in 2005. Jin Ji has also been invited as a visiting scholar to prestigious institutions including Harvard University, Charles University, Academia Sinica, Aichi University, Chinese University of Hong Kong, and the Ca’ Foscari University of Venice.

Currently, Jin Ji leads research projects that explore Chinese modern literature and its reception as well as the spread of Chinese literature in the English-speaking world during the past century. Jin Ji is a prolific scholar. He has authored nine scholarly monographs; edited 14 volumes; translated two books; published over 200 scholarly articles, with many more in popular venues. His work has garnered accolades including the third prize of the Philosophy and Social Science Achievement Award of Jiangsu Province and the first annual Tang Tao Youth Literature Award. His research papers have also been recognized by publications including Literary Review, Contemporary Writers Review, and Southern Cultural Forum.